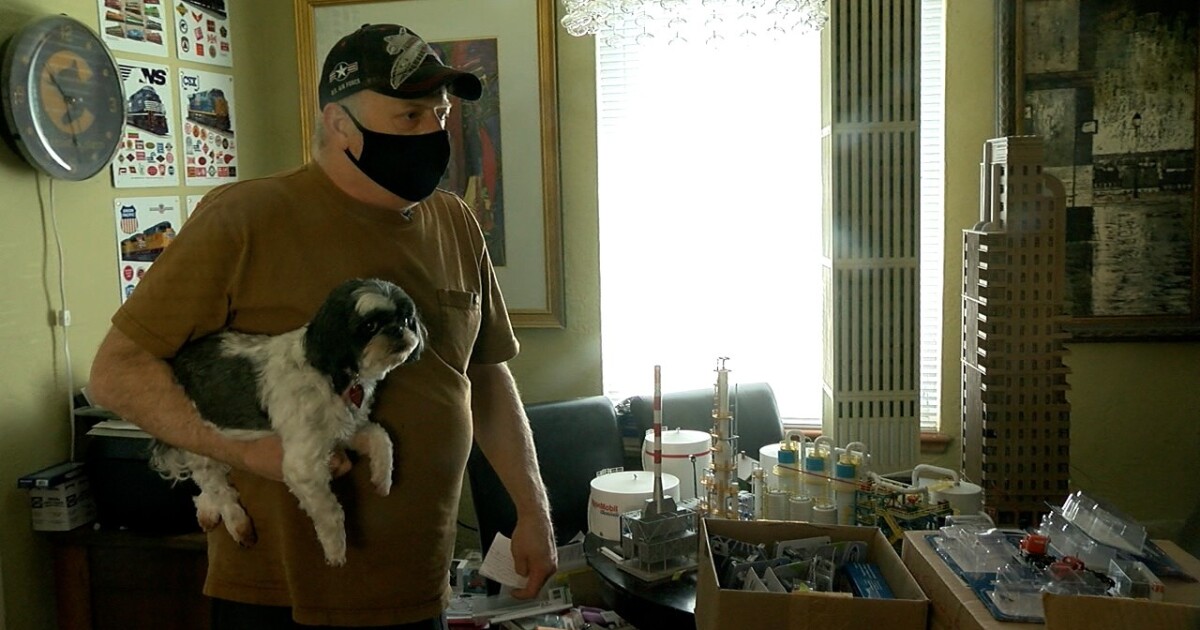 DENVER — Rob Munson knew he was going to have to move when he found a note on his front door informing him that his apartment building, at 13th and Madison, had been sold and was being converted into condos.

The cancer patient also knew he was going to have to pack up decades worth of belongings while still feeling the effects of chemo and radiation therapy.

With a neighbor’s help, he found a smaller, but much more expensive apartment on Capitol Hill.

He shared his story with Denver7, and loyal viewers, together with the Scripps Howard Foundation, raised $2,300 to help him move.

He said the new one-bedroom apartment will cost 40-percent more than his existing two bedroom.

He said he’s using the Denver7 Gives funds to pay off rent at his existing apartment, to pay the movers, and to pay pro-rated rent at his new apartment.

“Thank you so much, everybody,” he said. “It takes a lot of stress off me, and I really appreciate everybody’s help.”

When asked about his cancer, Munson said, “I finished my cancer treatment, radiation and chemotherapy about 5 weeks ago and am doing well.”

He said he has an appointment this week with two oncologists, and another checkup in six weeks, where doctors will do a scan to see if the cancer is gone.

“So keeping fingers crossed for that,” he said.

Munson’s old apartment was filled with an expansive collection of model trains and electrified city buildings.

When asked if he has room for that collection in his new apartment, he said, “I’ll have a little bit of space to play around, but I’ve got it all in storage, catalogued and re-boxed. That took a lot of time.”

He said with the cancer, move to a new apartment and additional expenses, he’s going through some big changes, but is okay with that.

He said he’s grateful for the kindness of Denver7 viewers.